As part of the DIVER project, data from two large-scale digital aerial surveys performed in April and May 2016 covering the core diver wintering and staging area in the German North Sea were analysed. These surveys were conducted within our partner project HELBIRD of the â€œForschungs- und Technologiezentrum Westküsteâ€ (FTZ, Büsum, Germany).

A total of 1,427 (April 2016) and 1,122 (May 2016) divers could be detected on the recorded video material from these surveys. Originating from a coverage of 6.55% of the study area, a simple extrapolation of these numbers leads to estimates of approximately 21,700 and 17,100 divers, respectively, in the surveyed areas for these two months. Identification rate of divers was high for both surveys with more than 97% of divers being identified to the species level. Almost all divers identified were Red-throated Divers. These numbers indicate that diver abundance and especially that of Red-throated Divers is considerably underestimated in the standard data forms of the Natura 2000 areas in this region: there 3,580 divers (3,300 Red-throated Divers) are listed as a maximum estimate for the SPA â€œEastern German Bightâ€ and 10,500 divers (10,000 Red-throated Divers) for the larger SCI â€œSylter Außenriffâ€.

Spatial modelling which will be conducted on these aerial survey data at a later stage will allow for more precise estimates of diver abundance and distribution patterns. 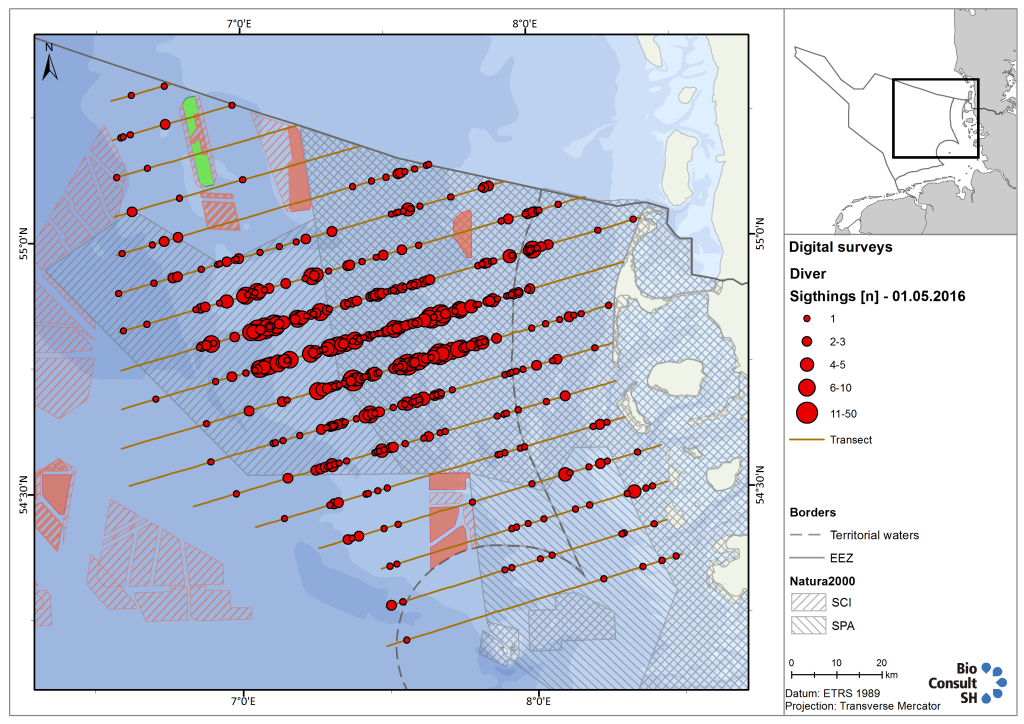